Get out of your office. Management By Walking Around (MBWA) does work. You make yourself more approachable. You get information first-hand. You find out what's really happening.

When we look at many aspects of our lives, our instinctive reaction is to pay attention to the deficits of the situation, to what’s wrong. When you ask people, “what is the most effective way to solve the problem?” 83 percent choose “find out what is wrong and fix it.” I call this Deficit Attention Disorder, and I suggest that it merely serves to amplify problems rather than solve them. A more productive and positive approach looks like this:

1)      Define the problem as objectively as possible. Leave out any judgments. Simply state the facts as if a video camera were replaying the issue to you.
2)      Know that attention amplifies everything, so detach yourself from what you perceive as being the source of the problem. Your focus on it will only exacerbate it. You are not fixing the problem. The problem is simply showing you something.
3)      Change follows the line of your questioning, so ask, “What does it look like when it’s working?”
4)      Define three steps you can take to shift the situation toward the imagined future that your question helped you create. This is the best use of your energy. Ensure that the steps allow you to use identified strengths or will help your create strong-moments.
5)      Look for evidence that your steps are having the intended result. Keep asking “what’s working?” and focus on further expanding the success of your intent. The problem will shrivel.

When problems do occur, don’t analyze them, or break them down and ruminate over their meaning. They don’t mean anything. They just are. Shift your focus to what working looks and feels like, and then dedicate your energy to manifesting that. Problems don’t magically disappear, but they do transform when your attention is on generating a positive vision.

Reprinted from the Inside Strengths Newsletter from the Marcus Buckingham Company

High-Fiving Your Way to a Championship
With the NBA playoffs in full bloom, I’m looking for something a little different as I try to assess who might win this year’s title. I’m looking for high fives, butt pats and chest bumps.
During last year’s championships, The Wall Street Journal wrote about a study done by researchers at Cal-Berkeley. The VERY academic title of the paper was “Tactile Communication, Cooperation and Performance: An Ethological Study of the NBA.” (Trust me when I tell you the Journal piece was much easier to read than the white paper!) The basic premise: The team that shares the most “physical contact” with each other is an odds-on bet to win it all. The Cal researchers watched every game from an NBA season and reported that the teams that “touched” most often were more trusting, cooler in tough times, played better and won more games.
In last year’s NBA Finals, the Dallas Mavericks were 82 percent more likely to high-five their teammates than the Heat were, according to the Journal’s review of games. The Mavericks won four games to two, despite the fact they were serious underdogs to the “star-studded” Miami team.
The greatest coach of all time, John Wooden, made it a requirement that whenever his players at UCLA scored a basket that they acknowledge the player who passed them the ball. It could be as simple as a nod or a slap on the behind on the way by, but each player HAD to recognize his teammate. Once, Coach Wooden told me, a player asked: “Coach, what if my teammate isn’t looking when I say thanks.”
Coach Wooden’s response: “Trust me, when you recognize your teammate, he’ll notice.”
There is no doubt that taking time to deliver a high five to a teammate has an impact.

Reprinted from blog.success.com, written by Don Yeager
Posted by Paul Kamm at 8:14 AM 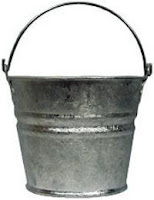